To Embrace Sour Beer, Pair It With Food 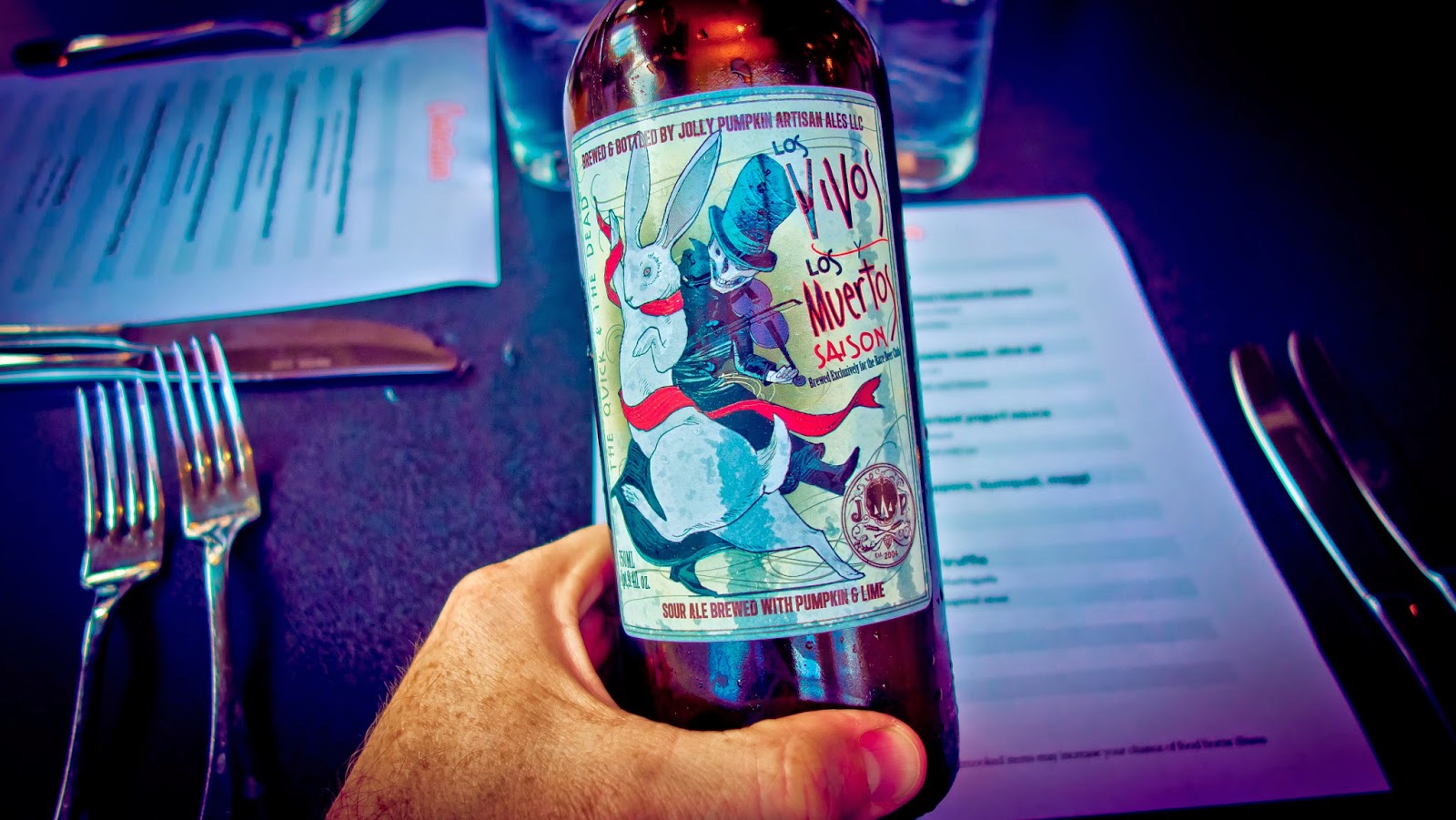 When it comes to the craft beer movement I have to admit to a complicated relationship. Philosophically it's a wonderful thing - passionate, artisan brewers creating brews with depth, character, flavor - everything that American beer was not from the mid to late 20th century. My quibble has been with the super trends within the movement. You see, I prefer a malty brew - think stouts, dark and red ales, doppelbocks, and so on. I don't limit myself to them but that's certainly my go to. So I felt more than a little left out when hoppy beers (pale ales are the poster child) began dominating the craft beer universe several years ago. Frankly from where I sit and drink it's been an arms race to see who can make the hoppiest beer without causing the drinker's head to actually split open from an overdose of citrus, pine, and bitterness. (pine is the worst. yuck.).