If you're like me you probably get into a dining rut once in a while. Whether your eating at the same places all the time or cooking the same old recipes at home. Boring.

Breaking the routine isn't easy but social media certainly helps. Whether you're on Facebook, Twitter, Pinterest, whatever... you are usually subjected to a recipe or two every day. Every now and then one of these recipes seems to pick up steam and when ten or more of your friends share it out it becomes pretty hard to ignore.

That was the case with this recipe for Spicy Whole Roasted Cauliflower by someone known as Ask. Dr. Nandi. Not sure who this guy is but this recipe was shared on Facebook over 300,000 times. There are also over 3,000 Facebook comments that can be evenly divided into two camps:


I probably had one foot in each camp but, as a fan of cauliflower I wanted to give it a whirl.

I followed the recipe very closely (only omitting the curry powder as it's not a favorite in our house) and have a few observations.
My finished product isn't quite as photogenic as the one featured with the recipe but here it is: 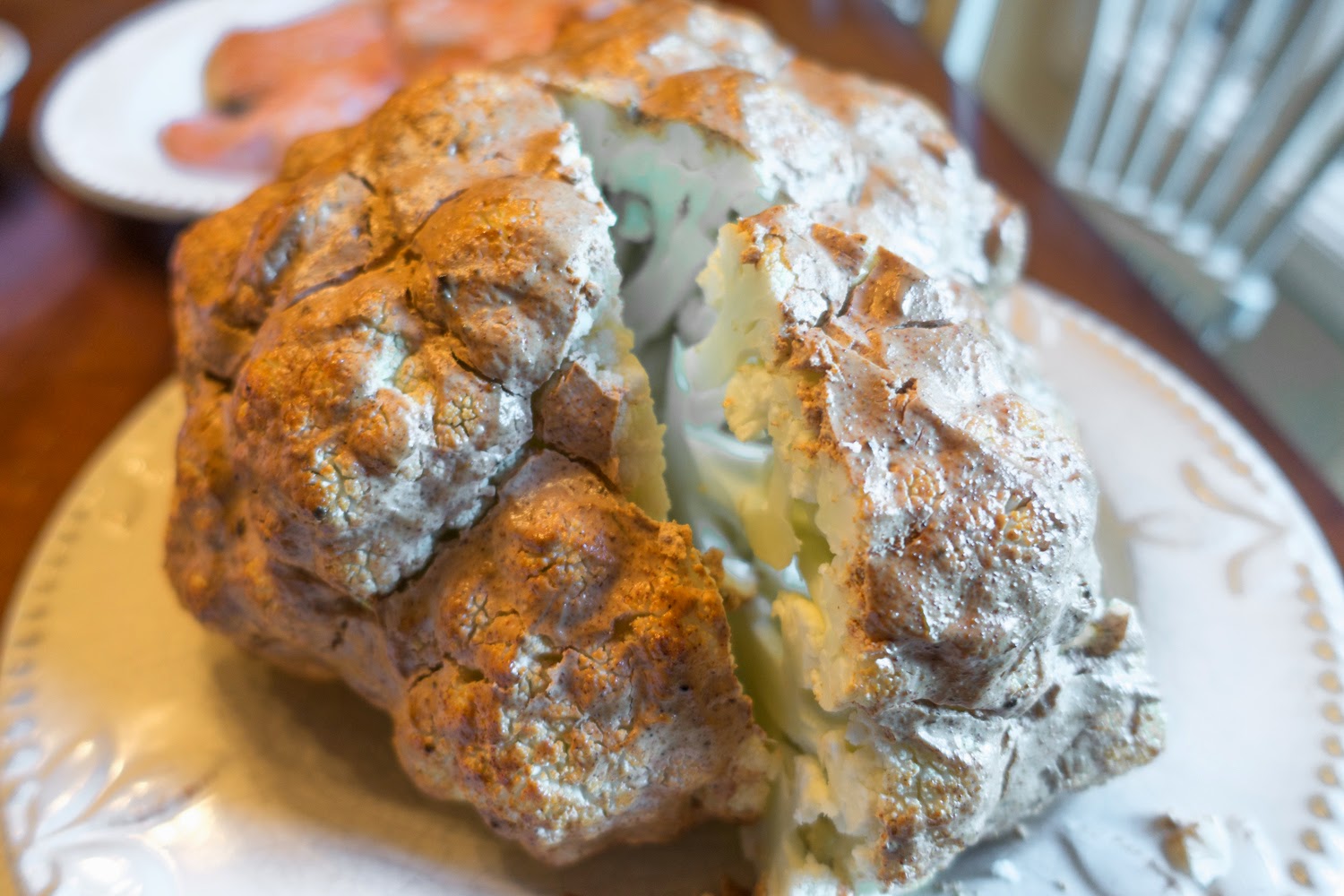