Food Fight! - Local Chefs Square Off for Good Cause

There's a lot to be said about Kansas City. Here are two things that are on my mind right now...
For a metro area its size, Kansas City:

These factoids are on my mind because they merged serendipitously last night at the Children's Center for the Visually Impaired (CCVI) annual Food Fight. CCVI prepares children with visual impairments to reach their highest potential in the sighted world. Food Fight is a fundraiser that incorporates a number of activities including food tasting stations from some of Kansas City's best restaurants, live and silent auctions, and most notably a cooking competition pitting three local chefs against each other and the clock Iron Chef-style. Chefs prepare three courses that are judged on presentation, taste, and use of a common secret ingredient. While not CCVI's biggest fundraiser it is, in my humble opinion, the most fun.

This years chefs were: 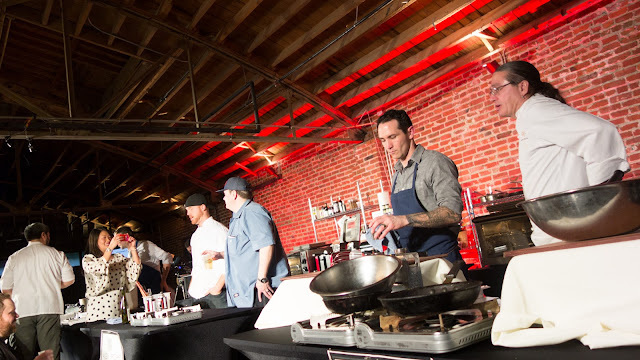 This year's judges were:

Yeah, that last judge is me. Doug, Katie, and Debbie earned their way to the judges table through years of hard work, training, and success. I did it the old fashioned way - I bought my way in. Each year one of the items auctioned at Food Fight is a seat at the judges table. Thanks to some amazing friends I've managed to secure the Judge #4 seat two years in a row.

And so it was that I had the best seat in the house, a bottomless glass of wine, and the chance to taste and rate the dishes cooked up by some really talented chefs.

This year's secret ingredient was sweet potato (Could be worse. Last year's was anise. Really.) and it had to be incorporated into each of three courses.

Eating, taking notes, and drinking make reasonable food photography a challenge at best but here are a few snaps that give you an idea of what we were judging: 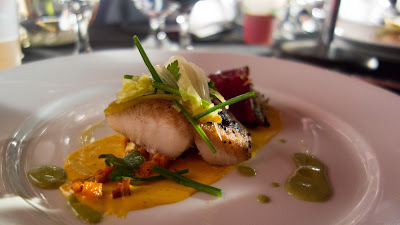 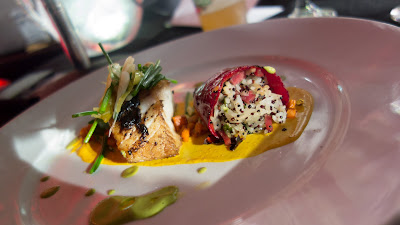 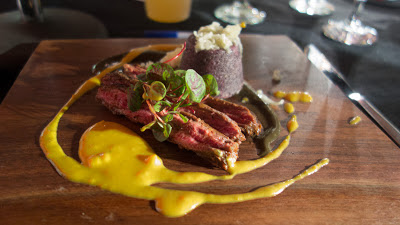 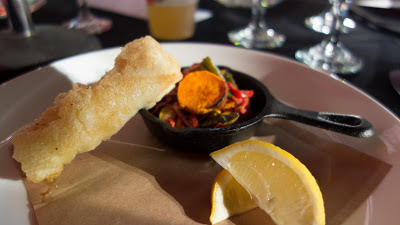 This is what the chef's look like when the judges are about to take their first bite: 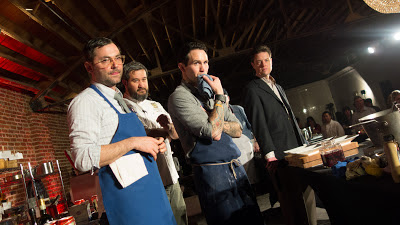 Ultimately Alex Pope (below) was declared the winner and will hold that title until this time next year. See you there (hopefully from my perch at the judge's table)! 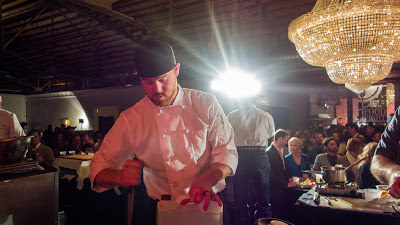 And a few more photos for good measure:

Even more photos can be found by following this link...
Posted by Kevin Marsh at 3:43 PM